A couple of weeks ago, on Jan. 15th 2019, a new cryptocurrency has been launched: Grin.

Grin is an open source implementation of the MimbleWimble algorithm which is thought to provide both private and scalable transactions (unlike Bitcoin, which is not private and hardly scalable; and unlike Monero, which is private but not scalable.) In many areas Grin respectively MimbleWimble work different than all other blockchains and thus have a different set of advantages and disadvantages. Time will tell which of these outweigh the others, but from a purely technical point of view (which is what I'm doing) Grin definitely has merit and is at least an interesting experiment with a chance of success higher than zero.

I've been following the Grin project since the end of 2017, developed an open-source Grin blockchain explorer back then and launched a Grin mining pool minutes after their blockchain launched a couple of weeks ago. I feel very lucky to have come across the project that early, and have (online) met many incredibly smart, humble, and honest people. I'm not a fanboi though.

Another project implementing MimbleWimble is Beam which released a few weeks prior to Grin. One central difference between Grin and Beam is their funding model: whereas Grin relies on the open source community to improve their code and to donate money to their developers through a development fund, Beam is developed by a company that takes a percentage of each mined block (similar to the way ZCash is funded).

Grin lauded itself for a fair launch: the genesis block included information from the latest Bitcoin block, making a pre-mine impossible. The initial difficulty was set insanely high to avoid early miners (read: the dev team) getting a head-start and mining the first blocks with little competition. This worked perfectly, Grin had a perfectly fair launch in the sense that the developers didn't get anything.

So, if the developers haven't gotten anything out of Grin, who did?

Uh-oh. That looks an awful lot like mining centralization. The three top pools account for 95% of hashing power. F2Pool owns about 1.2% of all Grin, Sparkpool about 4‰.

Roughly 180-300 USD worth of Grin get mined every minute (Grin was at 5 USD the last days, today it's around 3 USD). Mining difficulty has risen to obscene numbers, so surely there's some money to be made for the miners. A quick back-off-the-envelope calculation shows that the two top pools alone made about 17,000 USD per day, or double and triple that amount in the first week when the price was higher.

Now, remember how I wrote that Grin relies on donations? Surely people who profit from the mining craze would give back, right?

After just over 2 weeks of grin being live, I’m disappointed by the  way the industry around Grin is shaping up. Of course it’s early, but  I’d rather not this be an indication of future direction.

Grin was started with as fair of a launch as possible for what’s  under our control. We did this for good reason: we believe in Grin’s  mission. I think I made pretty clear that to continue forward, the  project would still need help. And yet yeastplume’s campaign is still very far from being even 10% funded.

Shortly after his post donations came in and the funding for the next months was secured. But the bulk of that amount came from Qtum, another cryptocurrency unrelated to Grin, and just an (in my opinion) laughable amount from the big pools.

That raises some questions:

Community to the rescue?

It looks like we, the community, are on our own.

A few days ago BlockCypher, the company behind Grinmint (currently the third largest pool) announced that they take a 2.5% fee, of which they denote 20% to the Grin developer fund. Personally I would've hoped for more, but I know that I can't extrapolate the tiny numbers from my tiny pool to their scale, so I assume that's as much as they can give. Further, they support the Grin development directly by employing people like Quentin Le Sceller (who works on the Grin code), so they are definitely a valuable and vital part of the community.

There are many smaller pools, each with less than even just 1% of Grin's total hash rate. One of them is MWGrinPool by Blade Doyle, who not just open-sourced his code but also pledged some percentage of the (yet to be introduced) fees to the Grin developers.

And then there's my pool, grin-pool.org. I've committed to keep it running without a fee, forever, even at a loss. I did so since I believe that an independent, free pool, is vital for the Grin ecosystem as a whole. The 179 users who are at this moment mining on my pool appear to agree, and I'm thankful for their support. The majority of people who keep mining on pools that could start a 51% attack unfortunately does not.

I've given countless hours of my time to Grin, donated some thousand dollars (either directly or through incurred server costs) to its cause, and will continue to do so. In order to give more, yesterday I added support for donations to my pool:

These are of course optional, people can mine forever without donating anything to either the pool or to Grin.  Since launching the feature roughly 24h ago, 80 people have already decided to support either the pool, or Grin, or both. On average they give 0.54% to the pool, and 1.27% to Grin, though these numbers don't take their respective graph rates into account.

At the end of the month I'll send the money to the Grin developer fund, and will post an analysis here. I know that it won't be much, but it sets an example and I hope that other miners and pools will follow.

What can you do?

If you can donate some money, please consider giving to the Grin Developer Fund. Even if it's just a bit (or satoshi), it counts!

If you're a miner, please consider mining on a smaller pool to lessen the mining centralization. Ideally, chose one that gives back to the community (Grinmint, MWGrinpool, grin-pool.org).

Get the latest posts delivered right to your inbox 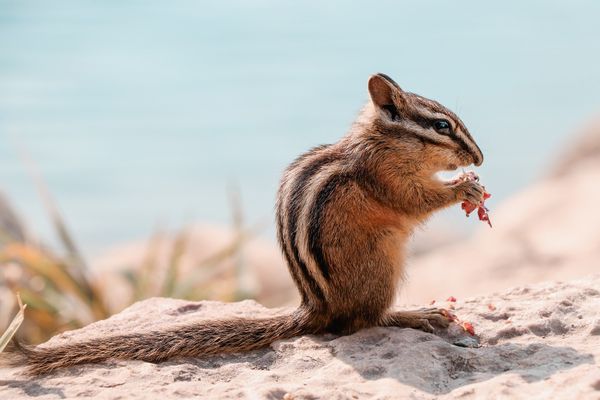 On February 8th I've introduced voluntary donations on grin-pool.org. Users have the choice of giving a small (or larger) percentage of their mining proceeds to the Grin development fund

Stay up to date! Get all the latest & greatest posts delivered straight to your inbox